Children who disappear from suspicious parents and are still missing 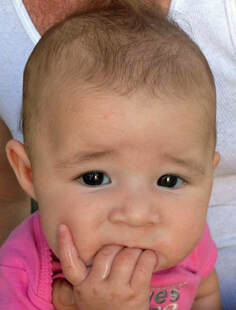 Ember was last seen in Happy Valley, California on July 2, 2015. She has never been heard from again. She was with her father, Matthew Ryan Graham, the day she vanished; her mother was packing to move into her father's trailer. Matthew told police he had left Ember asleep in her playpen at his home on Noosha Lane. He smoked marijuana all night and then passed out. When he woke up at 5:00 a.m., Ember was gone. He called 911 at 5:26 a.m. and reported she had been kidnapped. A photo of Matthew is posted with this case summary. The night he reported Ember missing, he was arrested for probation violation because of his drug use, but he was released a few days later. Authorities stated his story about the night Ember disappeared was inconsistent, he didn't seem interested in finding her, and they couldn't find any "credible evidence" to support his claim that a stranger had abducted Ember. Matthew kept Ember's playpen in a remote camp trailer on his property, which was gated and had guard dogs; furthermore, the door to the trailer was broken and it needed to be opened with a screwdriver. Matthew also stated Ember usually cried when a stranger picked her up. These conditions would make it difficult or impossible for a stranger to get access to the residence and take the baby without waking Matthew. He admitted to having smoked marijuana that night, which was a violation of his probation and the reason he was arrested. Surveillance video footage from a nearby convenience store, the Happy Stop Market showed Matthew driving there in his truck that night; Ember was with him and not fastened into a safety seat. He took her into the store, pumped gas and then drove away with her in the opposite direction from his home. Matthew said he'd taken Ember on a drive to help her fall asleep; her anti-seizure medication made her restless. He said he made a U-turn to return home after leaving the store. The trip to and from the store should have taken less than ten minutes, but the surveillance video shows that Matthew didn't drive past it again until over an hour later. A photo of Matthew's truck is posted with this case summary; authorities have said that anyone who saw it on the night of July 1/2 should contact them. Matthew was publicly named as a person of interest in his daughter's disappearance. On July 10, a pacifier was found off Platina Road in the remote Ono, California area. Ember's mother identified it was her daughter's, and DNA testing subsequently determined Ember's DNA was on the pacifier. On July 11, Matthew stole his mother's cellular phone, some cash from her purse, and a semi-automatic handgun, and fled. Three days later, he was killed in a police shootout in Dunsmuir, California after he carjacked a vehicle. A few days after that, authorities located a backpack belongings to Matthew in a wooded area about 250 yards from his home on Cottage Avenue. Police found various items inside the backpack, but nothing with any evidentiary value. Although the baby's mother has stated Matthew was a good father who loved his daughter, authorities believe Ember is dead and Matthew is the sole person of interest in her disappearance. Her case remains unsolved.
Let us know if you have anything to share. 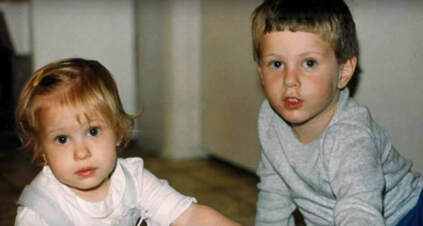 Christopher, 3, and Lisa Zaharias, 15 months, were abducted by their mother, Susan, from their home in Santa Ana, California on November 20, 1987. Susan and their father, Louis, had recently divorced after she became involved in heavy drugs. Her family helped her abduct the children after they accused Louis of a variety of crimes. He was investigated and cleared of any wrongdoing. In 1988, a felony warrant was issued for Susan's arrest. On the day of the abduction, Susan attempted to assault Louis, but he left; she turned her anger toward his mother. She attacked her, pushed her down a flight of stairs, and then fled with the children. After leaving California, they arrived in a suburb of Oklahoma City. They were sighted there and were then taken to Detroit. They were placed on a plane but their destination was unknown. Since then, there have been confirmed sightings of them in Pennsylvania, Washington, New Jersey, and Michigan. Louis believes that the children have no idea that they are considered missing. Christopher is now thirty-two and Lisa is thirty. They are believed to still be living with Susan. (for more info on the case) please visit this Facebook Page: https://www.facebook.com/HelpFindtheZahariasChildren​
​Let us know if you have anything to share. 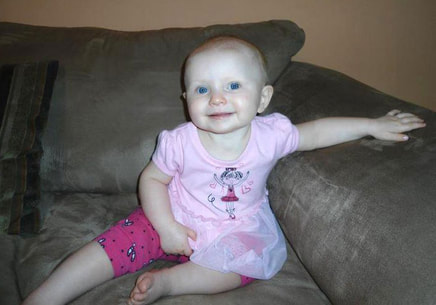 Lisa Irwin's mother Deborah Bradley, said that Lisa's father, Jeremy Irwin, discovered her missing around 4:00 a.m. on Tuesday, October 4. According to Deborah, Lisa had been in her bed when she checked on her at 6:40 p.m. Monday night, but when Jeremy came home from his late night job on Tuesday, he discovered "many of the home's lights were on, a window was open and the front door was unlocked". Debbie also changed her story multiple times during the investigation. Later, the family told police that several cellphones were also missing. During the subsequent investigation, two witnesses were discovered who claimed to have seen a man walking down the street with a baby. Police were able to find and question a man matching the description of one witness, but the other witness claimed that his photo does not match the man they saw. On October 19, 2011, a search was performed of the Irwin home, and court documents showed that a cadaver dog turned up a scent of a dead body that might have been Lisa, near the mother's bed. Items removed from the home at the time the warrant was executed include a multicolor comforter, purple shorts, a multicolor Disney character shirt, a Glo Worm toy, a "Cars"-themed blanket, rolls of tape and a tape dispenser. During an interview with the Associated press, Deborah said the police had accused her of being involved in Lisa's disappearance, telling her "You did it. You did it. And we have nothing", and claimed that she had failed a lie detector test. Deborah and Jeremy announced the following week that they were organizing a reward in hopes that it would result in new information. Jeremy Irwin appeared on the Today Show for an interview regarding the events, saying "We just want to make sure that we tell everybody that we're still cooperating. We're still talking to the police. We're doing everything we can to try to find Lisa and bring her home." Bradley was also on the broadcast. In October, the Irwin family reported that an anonymous benefactor had hired a private investigator, and issued a $100,000 reward for Lisa's return. In October 2011, Cyndy Short stopped representing the Irwin family, saying that she was unable to work with the family's other attorney, Joe Tacopina. Lisa's brothers had been scheduled for interviews and to collect DNA samples regarding the case, but their parents cancelled the night before, according to Tacopina, the family's attorney, and have allegedly denied investigators access to the boys. The boys had a second interview on November 10, 2011. A police request for a warrant claims that inconsistent stories from people involved may have hampered early stages of the investigation. In May 2012, Deborah Bradley and Jeremy Irwin reported that their debit card had been fraudulently used on a website that provides false birth certificates. The Today Show and America Live both confirmed that the website existed. Their attorney also confirmed that he visited the website. Police have said they are continuing their investigation and they believe Irwin may still be alive.
Let us know if you have anything to share. 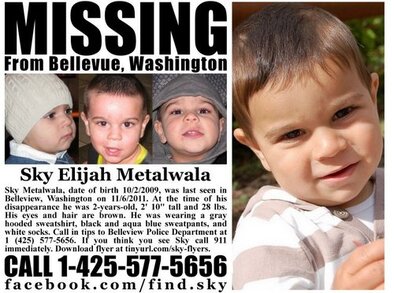 Sky Elijah Metalwala (born September 6, 2009) of Redmond, Washington, United States, disappeared on the morning of November 6, 2011, . Reportedly sick, his mother Julia Biryukova said she put him and his older sister in the car along a Bellevue street to go to a nearby hospital; along the way she stated that she ran out of gas, leaving Sky in the car while she went to get help. She said that when she returned after being gone about an hour and a half, he was gone. He has not been seen since. The situation was reported to police, who soon came to doubt Biryukova's account since her car was found to have enough gas in its tank and was in working order. Her description of the incident also shared similarities with an episode of Law & Order: Special Victims Unit that had been rebroadcast in the Seattle are the night before. Shortly before, Biryukova had decided to withdraw from a Mediated custody agreement that was the last stage of an acrimonious divorce from Sky's father, Solomon Metalwala. Solomon has remained active in assisting police with the investigation, believing Sky's disappearance was related to the custody dispute. Biryukova has not been fully cooperative with the police, although she claims to have no more idea than her ex-husband of what happened to Sky. Although there have been allegations that she neglected Sky when he was in her custody, and state child-welfare agencies have tried to remove a child she had with a later husband with a history of abuse, police have made a "strategic decision" not to charge her with child endangerment for leaving her son in the car on the day he disappeared, to keep their options open if they learn more about Sky's fate.
​Let us know if you have anything to share. 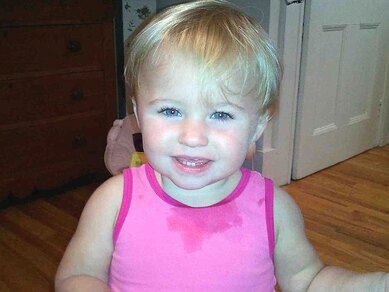 Ayla Reynolds was a 20-month-old toddler from Waterville, Maine, who disappeared on December 17, 2011. She was last seen being put to bed by her father and was never seen again. Her father, aunt, and her father's girlfriend are considered persons of interest and there was an insurance policy taken out on her by the father just 6 weeks prior to her disappearance, and was issued by the father's best friend (and alibi). A significant amount of blood was found in the home as well. No one has come forward with any relevant information in her disappearance so far. Her mother filed a wrongful death suit against her father on Dec 17, 2018. The case has not come to trial yet.
http://justiceforayla.com/
Let us know if you have anything to share. 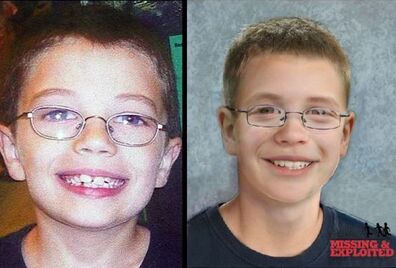 Kyron Horman hasn't been seen in nearly 10 years.On June 4, 2010, the 7-year-old boy from Portland, Oregon, disappeared from his elementary school. The last person to see Kyron alive was his stepmother, Terri Horman, who claimed she took him to school for a science fair. She noticed he was missing later that afternoon when he wasn't on his school bus. Though she's never been officially named as a suspect, she's remained a "person of interest" in the case that has long been unsolved.
Let us know if you have anything to share. 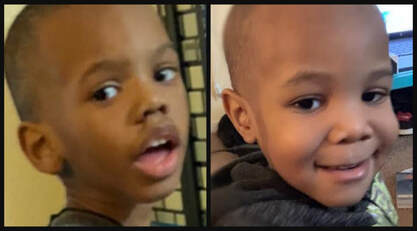 BAKERSFIELD, Calif. (KFSN) -- The Bakersfield Police Department is now taking the lead on the months-long search for two missing boys in Kern County. Brothers Orson West, 3, and Orrin West, 4, were reported missing on Dec. 21 in California City. Jacqueline and Trezell West, their adoptive parents, said the boys vanished from the backyard, possibly roaming into the California desert. Investigators say the new leadership in the case comes as detectives uncovered new facts in the boys' disappearance. The police department's officers have executed more than 20 search warrants at homes in Bakersfield and California City so far. The reward, initially offered at $30,000 by extended members of the West family, has increased to $120,000 -- contributed by multiple parties.
Let us know if you have anything to share.
HELP FIND THE MISSING

Plenty of children are disappearing under suspicious circumstances these days that seem to involve their parents in their disappearances. Please Keep your eye out for these missing faces.

WE SUPPORT POSTING MORE MISSING CHILDREN HERE
Have a missing child who vanished in their parent/s suspicious care and would like to post on this page for more to view? Please send your request to our email: justiceforbabydeorr@gmail.com